THOMPSON AND LITT SET TO SCORE

A winning juvenile Scissor Kick broke his maiden at his second race track appearance improving again in the Spring to win the Group 3 ATC Up and Coming Stakes (1300 m.) and the Listed ATC Rosebud (1200 m.).

This colt is out of Simply Put winner of four races from 17-race starts placing another six times.  A winner of three metropolitan races including a Moonee Valley Fillies and Mares Benchmark 82 (1200 m.), Sandown Lakeside Mares Benchmark 89 (1200 m.) and at Sandown on the Hillside course in a Fillies and Mares Handicap (1300 m).  Simply Put is by Charge Forward and ran a gallant second in the 2011 Group 3 Mannerism Stakes over (1400 m.) to go under by less than a length.

Once the Horse Racing Syndicate has been formed it will be managed by Dave Thompson from Thompson Thoroughbreds Australia. 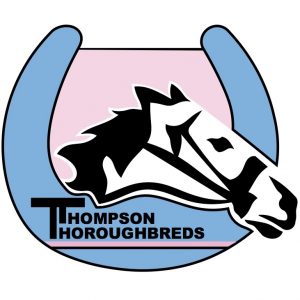 Saturday, February 9th, 2019 is a date Richard Litt will never forget when the former New Zealander made his mark in the Sydney training ranks when Castelvecchio won the Restricted 2YO Listed $2M Inglis Millennium. To make the win on his home track that much sweeter was to share the thrill with his wife Laura, the connections of the horse, and with their good friend, Pentathlon gold medallist, Chloe Esposito (Rio Olympics) who has been a loyal supporter since her father taught Richard & Laura’s children to swim at his Casula Swim School.

Based at Warwick Farm, Litt is from a family of horse trainers. His father Jim and his grandfather were both trainers and in 2012 Jim decided to take up the challenge in Australia and move to Warwick Farm. Richard was already working in Australia at this stage and had been working and learning his craft from some of the best in the business including Bart Cummings, John O’Shea and Graeme Rogerson. When his father, Jim decided to return to New Zealand, Richard stepped into his Warwick Farm stables and set up his own enterprise, Litt Racing.

Litt’s first runner under this banner was at Royal Randwick, December 17th, 2016 when he saddled-up Song and Laughter in a Fillies and Mares Benchmark 85. On a heavy track the daughter of Song of Tara ran a cracking third. By seasons end Litt had earned more than $200,000 in prizemoney for all his stable connections under the Litt Racing banner which was admirable considering his small stable consisted of tried horses with no defined stable stars. His figures then improved significantly during the 2017/18 season with returns to owners’ of more than $620,000.  It was also during this season that an un-named colt by Dundeel (that set his owner Ottavio Galletta back $150,000 in an Inglis auction) walked into his yard.  As they say the rest is history.

Castelvecchio appeared at a crucial time for Litt as he strived to establish his business. Litt has now shown he can develop a raw colt like Castelvecchio (that possessed ability at his first trial) to win on debut then back up again to win big races like the inaugural Inglis Millennium. In doing so Litt has maintained the colts perfect record of two wins from as many starts and has boosted the colt’s earnings to $1.2million for his connections (the company syndicate of Galletta Construction). Together they will now ponder the next start for the colt including nominations for the Group 2 Schweppes Skyline Stakes in March as a potential stepping stone towards the Group 1 Inglis Sires (1400m) at Randwick in April.

For Litt, the success of Castelvecchio comes after a lifetime’s involvement with horses. Litt took the biggest step of his career when his father handed him the keys to his Warwick Farm stable and he is now focused increasing the calibre of his stable whilst further developing his brand.  His recent success has declared him as a trainer on the rise in the Sydney training ranks and his drive to further develop his skills and to keep winners flowing has further been buoyed after securing support from public syndicator, Thompson Thoroughbreds Australia.

Litt currently has a stable of 23 horses, including two new unnamed purchases by Thompson Thoroughbreds out of the 2019 Inglis Classic Sale.