The TTSC’s Authorised Representative Snow Eagle Racing is stepping into the Syndication space offering shares in tried racehorses and their first offer is in Parsifal.

Parsifal is a lightly raced four-year-old that was able to break his maiden at his second race start in February 2018 at Ballarat.  The gelding won his second race at that venue again and has since recorded as many placings building a bank of $36,925.00.

Parsifal has rung a creditable fifth in the Mornington Guineas, a little over three-lenghts away from the winner Spring Choice (winner of the Listed Port Adelaide Guineas at its following race start).   During the bay’s most recent preparation, Parsifal was consistent carrying big weights without winning. These runs include a close-up fourth to the subsequent Group 2 Sandown Guineas winner Ringerdingding at Bendigo and a less than a length third to stakes-placed Secret Vega at Echuca.

Parsifal has a current official handicap rating of 65 (Victoria) which gives the scope to progress.

NOT ENOUGH? Snow Eagle Racing believe Parsifal (Darci Brahma – Della Lobra) is a good prospect to race in South Australia, since winning first time out under the guidance of Will Clarken at Morphettville. 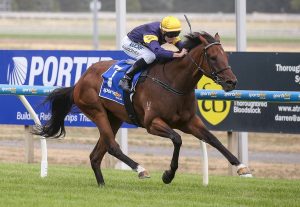 Snow Eagle will ensure the gelding is placed to advantage at metropolitan level and sending him across the border into Victoria for some the states valuable prizemoney on offer on the provincial or mid-week race circuit.

Will Clarken has a great record with tried horses and has successfully prepared tried bloodstock for Snow Eagle Racing in the mold of  Steel Frost, Tatoosh and Wrecking Crew.

Once the Horse Racing Syndicate has been formed Snow Eagle Racing will manage the group on behalf of the new partnership. 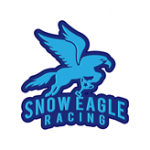 Clarken Racing is a progressive training establishment based at Morphettville, South Australia, which consistently delivers a high strike rate of runners to winners through embracing technology and innovation. In the past three racing seasons Will has consistently accomplished a 20% winning strike-rate at the South Australian Metropolitan tracks whilst starting less than 100 horses in each year.

Before Will became a trainer, he rode over 40 winners for his cousin Daniel Clarken. Moving into the training ranks in the 2012-13 racing season, he was quick to find success as a trainer with his first major win coming in April 2012 when two-year-old Molto Bene (by Royal Academy) produced a devastating finish to capture the Group 3 SA Sires’ Produce Stakes (1400 m.) as well as the Listed VRC Paris Lane Stakes in 2013. In August 2017, Will trained his second Group 3 winner when Mio Dio (by God’s Own) won the Spring Stakes at Morphettville.

Clarken Racing has consistently notched up stakes’ winners Cavaloce a multiple Listed winner in 2016 with the City of Marion Stakes and the Durbridge Stakes. Then 2017 proved a fruitful year with Listed winners; Steel Frost (City of Marion Handicap) and Split Lip (Dequetteville Stakes).