Elite Thoroughbreds have the philosohy to only buy yearlings by proven stallions out of mares that are proven producers. This filly, Elite is offering shares in underlines that philosophy, by Medaglia d’Oro out of Cos Snip (by Snippets) in-turn the dam of the stakes placed Beach Front (by Strategic) a winner of six races.

Medaglia d’Oro began shuttling to Australia in the spring of 2010 with the son of El Prado best known as the sire of American Horse of the Year, Rachel Alexandra (by Roar) and stood for a debut season down-under for a fee of $88,000 (inc. GST).

Cos Snip raced 17-times recording four wins and banked connections $152,950 before retiring for breeding duties. Out of the 19-time winner Ossie Cossie (by Mister C), a speedy mare that recorded a win in the 1997 Listed Tattersalls Lightning Handicap over 1000m that stopped the clock at 56.93seconds.

NOT ENOUGH? Last spring Medaglia d’Oro covered more than 90 mares at Darley’s Kelvinside property for an advertised fee of $110,000 (inc. GST). Taking this into consideration the share price is very reasonable.

The syndicate will be managed by Elite Thoroughbreds 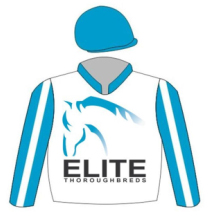 Gary Portelli is a trainer with the philosophy to back the skills that have made him a million-dollar-a-year, Group One trainer.

“We pride ourselves employing staff that care greatly for our horses,” Portelli says.

“Our stable philosophy is that results are achieved from a combined effort. We ensure not only our horses are cared for but also our staff and owners.”

Portelli’s background in racing equipped him well to run a successful stable in one of the world’s most competitive racing jurisdictions. His grandfather was a jockey, his mother a trainer and almost from the time he could walk, he could ride.

When he took over his mother’s licence in 1990, and then moved from Orange in the NSW central west to Warwick Farm, he began learning about running a racing business – and his record suggests he learned well.

Portelli’s first Group One winner came in 2007 with the success of Rena’s Lady in the AJC Oaks, a second elite win was delivered by Gold Trail in 2010 in New Zealand’s premier sprint, the Group One Railway Stakes at Ellerslie, his third was with Rebel Dane in the Sir Rupert Clark Stakes at Caulfield during the spring of 2013.

Rebel Dane a tough stallion, remained in training and delivered his connections and Portelli with another Group 1 when the bay son of California Dane won a thrid Group 1 in the MVRC’s Manikato Stakes denying Fell Swoop and Japonisme.

The most recent victory for Portelli at the highest level was a fairy-tale win when he won the 2017 ATC $3.5million Group 1 Golden Slipper (1200 m.) with She Will Reign.

One of the measures of Portelli’s abilities is his success in training for syndicates.  His association with Elite Thoroughbreds has realised a steady flow of winners including Testashadow (seven wins & more than $1.23 million in earnings), Sebring Sun, Cosmic Cameo, Next Level, Seeking Asylum, Miss Spoken – and the retired Group 3 winner I’m All The Talk (Stratum – Weekend Gossip) that is now standing at Mungrup Stud in Western Australia.

Portelli, set the Elite Thoroughbreds owned Testashadow to win the 2017 Magic Millions Cup two-years after Straturbo won the 2015 Magic Millions Sprint (1100m) on that same day, Testashadow had finished runners-up in the Magic Millions Guineas (1400m) – that  day is one of the most competitive race days on the Queensland calendar each and every year.

Portelli signed off the 2015-16 racing season with his runners returning more than $1.6million to connections on the back of $1.64million earned during 2014-15 season.

With two months to go until the conclusion of the 2016-17 season Portelli’s stable earnings now stand at $3.3million, with 14-metropolitan winners – Portelli happily shares whatever credit comes his way.

“I am a great believer in a team environment as far as my stable is concerned. It may be my name printed as trainer but it is having a great team that helps get the best out of each and every horse,” Portelli said.

The share price is inclusive of the breaking-in fee, 80 days spelling expenses at GT Park / Jazzcom, 45-days pre-training; the 2018 Inglis race series. In addition, the Insurance policy is paid until January 1st, 2018. The share price also includes the Golden Slipper and Golden Rose nomination fees as well as all related registration fee with Racing Australia’s Registrar of Racehorses.